A Vital Ecosystem is Vanishing Before Our Eyes

Lying just below the ocean surface is a world of exploding colors and thousands of species.

Despite covering less than one percent of the ocean floor, coral reefs “support an estimated 25 percent of ocean life, serving as critical spawning, nursery, breeding and feeding grounds for thousands of species,” says Jack Cover, General Curator at the National Aquarium in Baltimore.

Our oceans’ coral reefs are a precious ecosystem. But runoff pollution, the repercussions of climate change and overfishing are weakening and killing coral reefs at an alarming rate. We have to make sure everyone knows about these submerged wonders before it is too late. 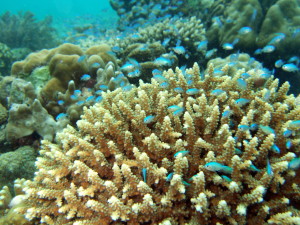