What Coral Reefs Do For Us 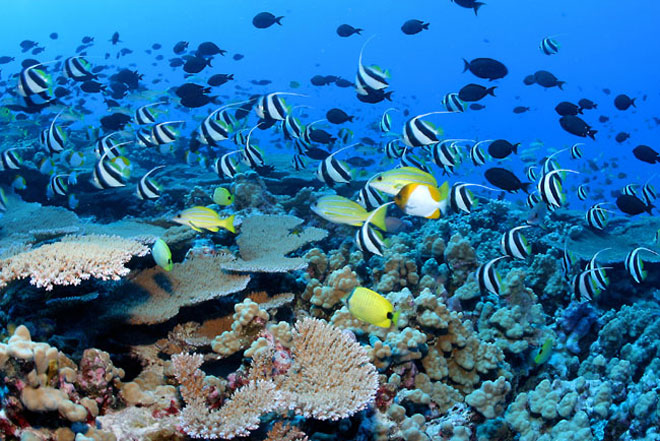 Home for Many Species

Coral reefs create a necessary safe haven for a large variety of fish and other species to gather, live and breed. The fish that breed primarily in coral reefs are economically vital to millions of people in coastal areas who rely on those species for food and fishing jobs.

Coral reefs can also provide protection to many coastal areas by absorbing large wave energy, therefore protecting coastlines from damaging storm effects and erosion. In fact, coastal areas that were protected by coral reefs faced a lot less damage when they were hit by recent tsunamis that devastated less-protected coastal areas.

Tourist industries in coastal locations near coral reefs rely heavily on these natural wonders to attract customers anxious to snorkel and dive near the coral. The coral attracts fish species, who in turn attract divers hoping to view those fish. The economic value of coral reefs for tourism is estimated to be nine billion dollars each year. Without the beauty of coral reefs attracting divers, snorkelers and other tourists, many coastal businesses could not survive.

Not only are these precious resources important biologically, they are also worth an estimated $375 billion to the global economy each and every year. And an estimated 450 million people live near coral reefs and rely on them either directly or indirectly for food and income either from research, fishing or tourist industries.